Then join us today as we explore in depth the process of changing a belt drive, ranging from assessing whether you need to, in the first place, right up to the process itself.

If you feel that your record player is broken, then your first port of call should probably be the belt. Not only is this likely the most fragile part of most record players, but it is also the part that receives the most use. The act of playing records will inherently involve the belt. Because this is one of the premier parts of a turntable involved with the spinning of the platter.

If let’s say, you have an Audio-Technica belt-drive turntable, that is on but does not spin, then you can be fairly sure that there is at least something wrong with the belt or motor within.

In turntable repair, though, things are not always so black and white. Rather, there can be a worn drive belt even if the platter seems to be spinning more or less.

The record sits atop, there is no doubt about that. But if the belt is more worn than it ought to be, then the record could exhibit a number of other symptoms, including but not limited to:

Even with such obvious symptoms and power source repairs, it can be difficult to tell just what the turntable platter is doing. Indeed, the problem can be more subtle.

This is especially the case for direct drive turntables where only a minor adjustment might be needed. For basic troubleshooting in this regard, you can’t go wrong with a strobe disc. This will help you suss out whether or not your platter is spinning at a consistent speed. 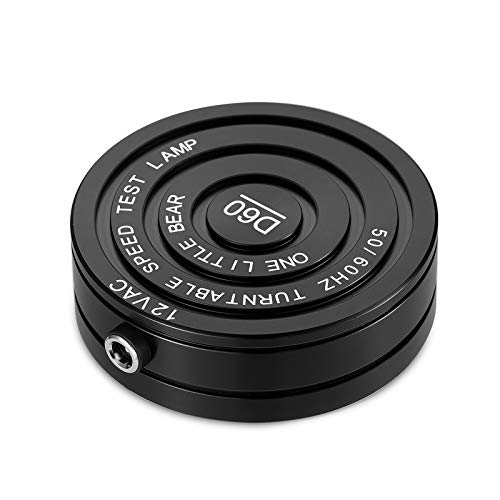 Judging by the sheer amount of options on the turntable market today, we would be safe in assuming that not every belt is compatible with every turntable. And, if you did not already make such an assumption, then it is better that you know it now than replace your old belt with one that is not worth paying for.

In fact, buying the wrong size of a belt can lead to even more problems than there were, to begin. The simplest way to ensure that your record player workS is by using the internet. Type in the name of your record player/turntable, followed by “replacement belt.” Most manufacturers will sell this themselves, and if not, then someone else usually will.

If, however, you intend to find a new belt using the measurements of your old one, then make sure that you:

Still, your best bet would be to do some research online. The human mind is prone to error in a way that the internet purports not to be. 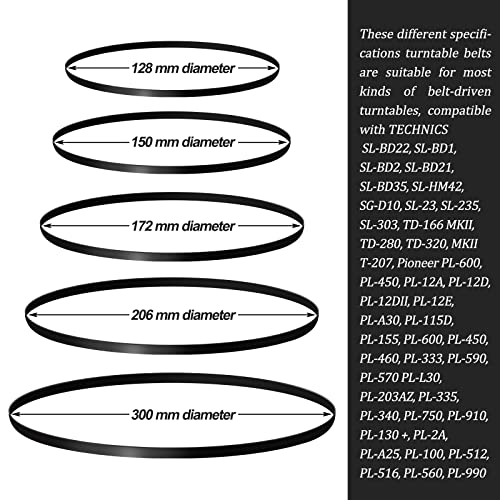 Though the rough assembly of many a record player is broadly the same, it would still be best to follow specific instructions if you intend to change the belt yourself. Nevertheless, these are some instructions that you can follow at your own peril:

Now, you will be ready to equip your old record player with that new belt that you have so judiciously researched about and bought for yourself, right?

Before you go right ahead and put everything back together again, give everything a nice and polite stretch. Sure, even the best belt-drive turntables will wear out over time. But there are a number of things we all can do to ensure they last a little longer. And, this is one of them. Stretching out the belt just as you would stretch out a muscle before exercise.

Make sure that everything is properly aligned as it was before you started meddling with it. If you need to remove any screws and such, then ensure that they are back in their proper place and have been screwed as tightly as necessary so that the turntable does not just fall apart at any given time.

Congratulations! Your record player should now be in perfect working order!

Try using that strobe disk you were using. Use it to test the speed of the turntable to see how consistent the playback speed is. If there are any discrepancies, then simply follow the steps above again until you are satisfied.

Record player still not spinning? Try seeking some other guidance. Does the record player keep skipping? Perhaps it is simply a warped record you are using that is causing the issues.

So, there you have it! Hopefully, you are feeling better equipped to deal with the leak that your turntable has sprung by having read this record player repair tips. Remember not to panic as parts of turntables are more or less replaceable.

Can a record player be repaired?

I suppose this depends on how badly it is damaged. If the record player has been trampled or destroyed and split into several pieces, then the chances of repairing it are a little less optimistic.

What are the costs of repairing a record player?

There are plenty of relatively quick and cheap fixes to a record player that is seemingly not working. Very often, when a record player is not spinning or is spinning inconsistently, this has to do with the belt and/or the motor. This can very easily be remedied. You can, for example, buy a new belt and replace it yourself.

What are some basic record player troubleshooting procedures?

One of the first things you will want to do is to simply give everything a good scrub. Dirt can accrue in the most bizarre of places. If this does not do the job, then try replacing the needle with another, or try repairing the source of the power.

How do you fix a record player that skips?

First of all, you will want to check whether or not this is to do with the particular record you are playing. Try some other records before you jump to conclusions. If, however, the problem persists, then try cleaning the stylus and needle. If not, then try using another needle. You might have to take the record player apart and have a look at the belt and motor within if the problem persists.

They sure do. Just like any other piece of machinery, regular maintenance and attentive cleaning can ensure that issues do not arise with the record player to begin with.