Looking to get festive alternatively? Want to know some of the best alternative Christmas vinyl records that you can get spinning?

Then join us, as we attempt to investigate the underbelly of Christmas with some of the more subversive cuts this holiday season.

1. ‘Santa’s Comin’ Down the Chimney’ by Confidence Man

By far one of my favorite Christmas vinyl records. Nothing says Merry Christmas more like the salacious sleaze that Confidence Man offers forth here.

Sure, there is not much in the music that we might typically associate with other Christmas anthems. But there are some impeccably recorded sleigh bells littered throughout. 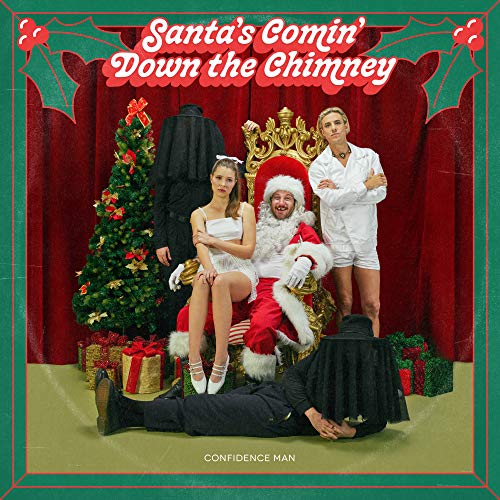 Instead of asking Santa for some more mindless drivel, female frontwoman Janet Planet asks him for a beat. Then he delivers. Ushering forth a 4-to-the-floor beat that fast-tracks us from Christmas day to new year’s eve already.

If you happen to be the type of person who finds only loneliness and dejection on Christmas, then boy, do we have a Christmas gift for you!

This brief record by Beat Happening seeks to chronicle the inner workings of someone who uses Christmas eve and Christmas day as mere opportunities to hook up with women. Almost just to say that they have done it on such a big day. 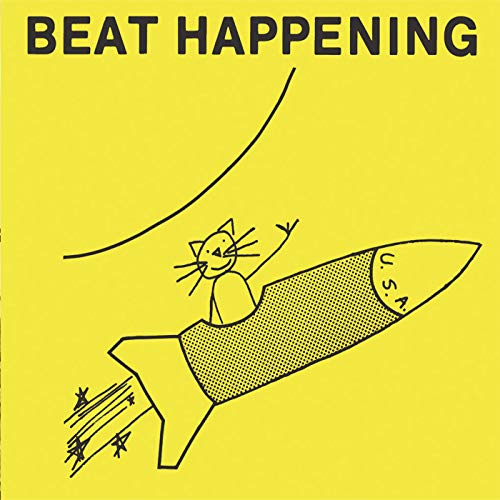 Such is the veritable power of this song that, in turn, it harbors a whole new meaning for other seasonal songs like, say, ‘White Christmas’, or ‘Let It Snow’. And, protecting such a record has never been easier, thanks to the best record inner sleeves for vinyl lovers and collectors.

3. ‘Santa Dog’ by The Residents

Offering us one of the more surreal and twisted takes on the Christmas myth. We should not really have expected anything less from the Residents whose career-long objective has been to subvert the popular cultural canon by all means necessary.

Indeed, this is not one of your regular Christmas vinyl records or your tired and weary Christmas music. Rather, we have here a slightly more inventive take on what Christmas means. It must be all fun and games over at the Residents’ households for the Christmas season. 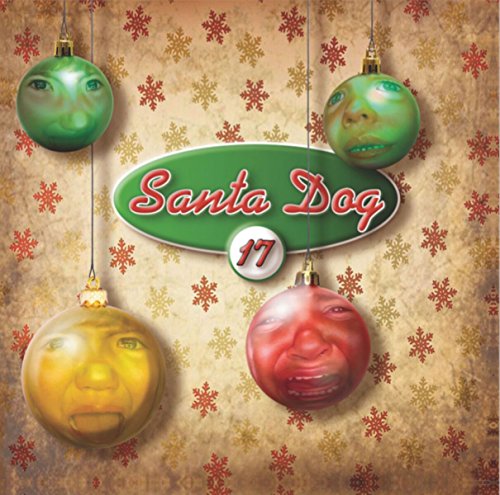 Where something like, say, the Beach Boys’ Christmas album sought to bolster the mythology on which Christmas is founded, the Residents have instead chosen to turn it inside out. The titular Santa Dog is alleged to be a ‘Jesus fetus.’ For this reason, there are ‘no presents in the future’.

4. ‘The Drones’ by Fat White Family

Like something from some post-exotica nightmare where even the most terrifying aspects are bathed in a sea-mist of calm calamity, this offering from the infamous Londoners is bound to turn your boxing day into a boxing match.

Indeed, this is not a song for the faint of heart, no matter how pleasant the music might seem. And how easily it might lull you into a false sense of security.

Christmas in this song is, rather, a backdrop for the events of the tale in question. As a vicious political war is finally ending and ‘the drones are safe and warm’, those lost at sea are left to question why it took so long. There goes your Christmas spirit. Stumbling drunk out of the door. Merry Christmas, baby! Have a jolly Christmas, they said.

5. ‘Santa Doesn’t Cop Out on Dope’ by Sonic Youth

If anyone needed reassurance that, after all these years of backbreaking work, Santa is still staying sober and conscious of his life’s work and mission, then this is one of the Christmas vinyl records for you.

The legendary and much-lauded alternative and noise rock band Sonic Youth here take a song by American actor and musician Martin Mull and give it the typical Sonic Youth treatment. 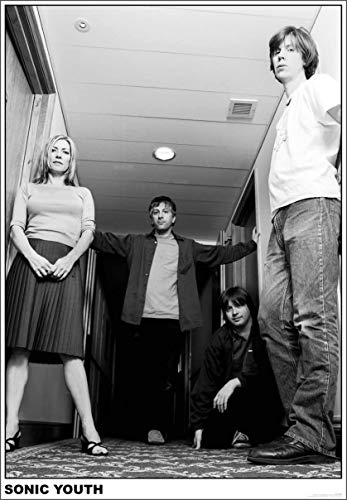 Laden with tape hiss and guitar skronk throughout, over which singer Thurston Moore professes to have seen a few things too much over in Lapland, this is a case study on why you shouldn’t visit Santa without parental guidance.

The link to actual Christmas happenings is, indeed, rather tenuous in this tune, but bear with me.

In case you have not already realized, I am quite skeptical about Christmas and other affiliated works by Santa Claus. This skepticism or even apathy is something that this song frankly wreaks of. 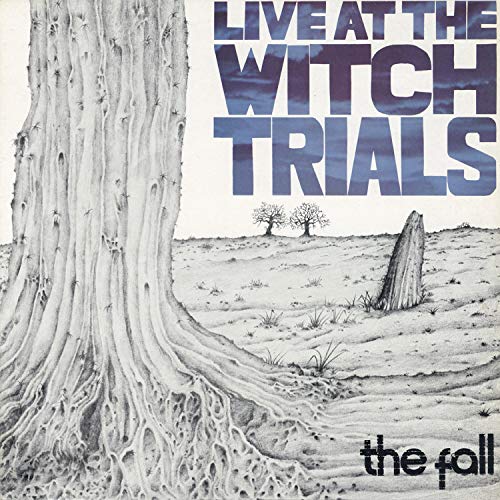 Much as with ‘The Drones’ above, Christmas is merely a backdrop for the story within, of someone fumbling to buy cigarettes. He has the shakes because he is a junkie, either peaking or experiencing withdrawal. And, of course, ‘there is no Christmas for junkies.’

There is absolutely no sentimentality here whatsoever. Even the X in X-Mas is a substitute crucifix for Christ. Vocalist Mark E. Smith shows no mercy with traditional notions of seasonality and festivity.

Masked simply as a rendition of the Christmas carol ‘Silent Night’, the track is actually a sound collage juxtaposing this carol with a simulated news bulletin of actual events that occurred in the summer of 1966, the year the album was recorded.

Beginning simply with a two-part harmony of ‘Silent Night’ accompanied by piano, the simulated news bulletin takes greater and greater prominence in the track, slowly overtaking the song via an increase in volume. 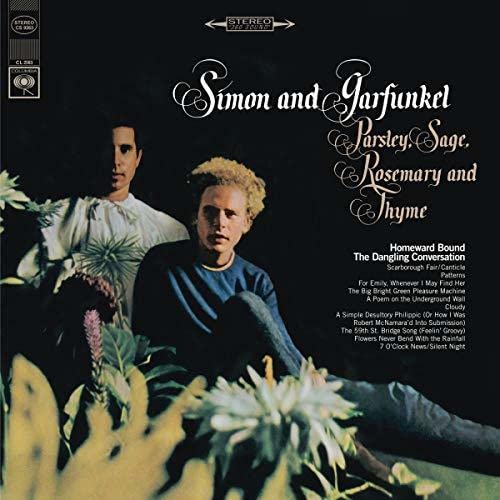 The result is a blunt and direct commentary on the occurrence of social ills at a time of supposed festivity. Indeed, we are asked as a listener to consider the lives and experiences of others as we are left to our own devices, enjoying the spoils of the festive season.

Most Christmas classics and Christmas albums are like drugs that subdue our common empathy and humanity. This song, however, seeks to instill this within us once more. If, however, you are simply stuck on what to get your partner for Christmas, then check out some of the best gifts for vinyl lovers and collectors.

8. ‘On a Christmas Day’ by Lead Belly

On a far more positive chord than we might expect someone like Lead Belly to be striking, this song is an example of how the Christmas spirit can infect just about everyone.

Lead Belly was an American folk and blues singer who was not exactly known for the joyous subject matter. This song actually highlights the common humanity present in all of his songs. On the surface, his songs might be about some quite dark topics. For example, liquor, prison life, racism, cowboys, work, etc. Through them all runs a spirit of humanity that is difficult to ignore once noticed. 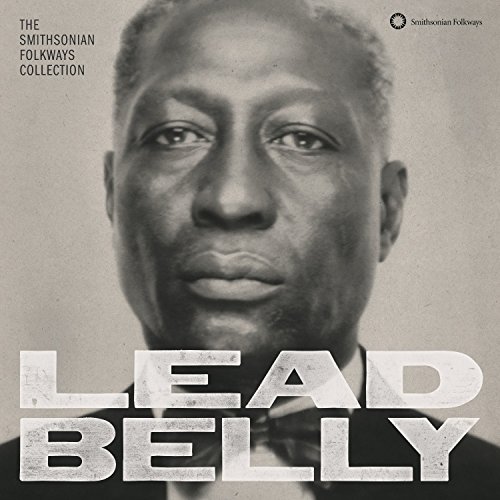 With his characteristic virtuosity on the twelve-string guitar as an accompaniment, Lead Belly here distills the essence of childish expectation. A mother says that Christmas is coming, and so her two young children go outside and look out for it. It is precisely in the communication of these small human moments that so much folk music excels.

9. ‘Santa Claus Go Straight To The Ghetto’ by James Brown

Simply imploring that Santa Claus, wherever he might be, simply make it a point of priority to visit the ghetto on his travels. This is a thinly-veiled social commentary on the state of affairs between white and black people at Christmas time.

Indeed, at a time of supposed peace and fellowship with all men, there would still be rampant prejudice all around. Likewise, many in the ghetto would not be able to afford to buy all the presents that an affluent white family might be able to buy theirs.

This leads to an inevitable disillusionment with Christmas that is not spoken about directly here. But it is there lying behind the words for all to see.

10. ‘Christmas With Satan’ by James Chance & the Contortions

What better to round off this list than with a trip to hell itself? And who better to take us there than No-Wave philosopher extraordinaire, James Chance? 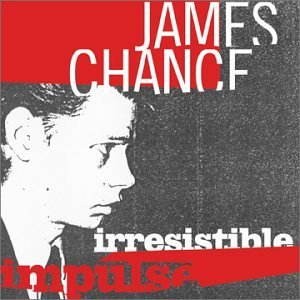 Fashioning much of his own gimmick from the work of James Brown, he takes Brown’s work and movements and feeds them a dose of angel dust. Who else to spend Christmas with than Satan and James Chance? So, get your Audio-Technica turntable out and spin this record!

So, there you have it! Hopefully, you are feeling stocked up on new Christmas vinyl records that you had not previously heard. And you are now ready to look at Christmas in a slightly different way.

Which artist has the best-selling Christmas album?

Funnily enough, the best-selling Christmas album is by none other than the King of Rock ‘n’ Roll himself, Mr. Elvis Presley.

What is the most-watched Christmas song?

It is difficult to say precisely which is the most-watched Christmas song as there are so many different metrics with which someone answering such a question must grapple. The most viewed on YouTube is ‘All I Want For Christmas Is You’ by Mariah Carey, closely tailed by ‘Last Christmas’ by Wham. This, however, cannot be said for other forums such as, say, MTV.

How much does Mariah Carey make off ‘All I Want for Christmas’?

This song makes her between $600,000 to $1,000,000 each December. Imagine earning this much money in one month of the year and then having to fend the rest of the year with other meager sales.