So, you have a few too many duplicates of in your record collection and the only way you know how to deal with it is to learn how to cut vinyl records? Or perhaps, in tandem with an ever burgeoning backlog of duplicates in your record collection, you are also approaching the anniversary or birthday of a loved one and / or dear friend, and hope to get them something a little more special than the usual socks and coffee cup?

Whatever your reason for being here, we hope to elucidate for you today just how to cut vinyl records at home with no extra equipment whatsoever.

Choosing a Record to Cut

Before you go right on ahead and learn each step of how to cut vinyl records, you must first decide which of your precious collection you would like to cut.

Now this can be a rather sentimental choice, or indeed it can have a little more meaning imbibed within it, or simply a way to display records on wall that is a little more personalised.

For example, you might come across a couple who both love music and, in fact, came together through a shared passion for certain artists and certain best records on vinyl. It might be that this couple were at the very same John McLaughlin concert back in the day, or that both were out of their minds in the front row of Canned Heat’s Woodstock dervishes. In this instance, said couple might benefit from a vinyl record cut to symbolise and memorialise this meeting, and thus will choose how to cut vinyl records that are related to their own musical journey together.

If, indeed, the record in question is one that means more, both to you and / or the recipient of the gift (if it is one), then you would do best to either practise on a record of less value, such as those acquired from charity stores or bargain bins, or perhaps even to buy a cheap and used copy of the release in question. For example this could be a warped record you could not fix.

Unless you are a master of crafts, it is rather likely that you are going to make at least one or two mistakes on the first run through, and so I would recommend that you do a little practising first. With this practise you can not only improve upon the design and work out any kinks that might not present themselves in the drafting process, but you can also better hone your record cutting abilities, period.

Choosing a Design to Cut Vinyl Records at Home

Likewise vital in the process of how to cut vinyl records is that which involves choosing which shape to cut the record into. Now, this will very much vary, depending entirely on the nature and intention of the final product, so I will provide a few examples, if only to elucidate just how varied the finished product can be alongside its initial intention.

If, continuing from the example aforementioned, this is a record for a loved one, for the commemoration of an anniversary or birthday as epitomised with a record that you both know and love and perhaps that even brought you together in the first place, then the shape into which it might be cut should be obvious. Unless you intend to create something more personalised to your own experience as a couple, then you could simply cut the record into a heart shape, as a throbbing black polyvinyl chloride symbol of your love and undying affection for this person and how well this music captures your essential spirit together.

If, however, the reason and intention for cutting the record are more for your own personal use, then they might have something to do with an instrument that you play. You can, for example, use the material of a record as a durable and robust pickguard for your guitar, depending of course on the size of the original fretboard in relation to the size of the record you are going to cut.

Likewise, you might even be thinking of cutting the record in question to act as the crowning nick knack in your shared student space, and what could all shared spaces do with? A clock, of course! And it is not too difficult to learn how to cut vinyl records into clocks, nor to personalise the shape into any possible thing you could imagine while still allowing it to be a wall mounted clock.

Simple Steps to Do Proper Cutting of the Record

Arguably the simplest method of how to cut vinyl records involves using an oven and a pair of scissors to cut the record in question down to the intended shape:

Step 1: The Actual Design and Cutting

Once the record has been adequately heated, then you will want to involve the scissors to do their work. These scissors will need to be decidedly duty, for no matter how soft the record can become via the oven’s heat, it is still an industrially produced plastic and needs the appropriate tools to manipulate.

If scissors are not your strong point, never fear, for you can just as easily use a utility knife, such as those utilised in the unpacking and cutting open of packages in warehouses, to trace the design that you have already impressed onto the record, either with marker pen or some other such thing, making sure to use a color that stands out against the inherent black of the average record. 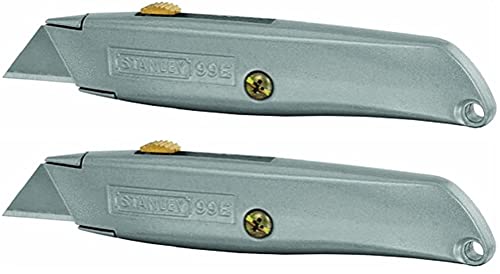 Unless you are using an industrial strength oven whose amount and dispersal of temperature can be adequately monitored and maintained, it is nigh on impossible to ensure that the record will be heated in such a way as to negate the inherent warping that can occur in this process. This can lead to a far messier design overall, but this can also make sense in the overall context of the design that you have chosen to cut the record into in the first place, so it is simply worth taking into account before proceeding.

The edges of the record are inherently going to come out a little more frayed than they otherwise might if you choose to learn how to cut vinyl records via this method. Thus, if this is of particular importance to you, it will be useful to have some sandpaper to hand so that you can sand down and smooth these harsh and sharp edges, to give the overall product more of a professional touch. This is, however, not essential and will be down to personal taste.

So, there you have it! Hopefully you are at least somewhat the wiser on how to cut vinyl records, whether you knew something of the process beforehand and intended in coming here to brush up on your knowledge before making the irreversible decision to cut a vinyl record into a shape of your choice, or whether you knew nothing of the process and eagerly wanted to learn more so that you might create something special for yourself and / or a dear friend and / or a loved one.

FAQs How to Cut Vinyl Records

How do you cut vinyl records at home?

At the behest of the items you have lying around the house, you can very easily learn how to cut vinyl records at home using just an oven and a pair of scissors, alongside a marker pen if you are seeking a more accurate design overall. Once you have chosen a design and a record to cut it into then you will want to heat up the record in an oven for a few minutes and cut the design based on markings that you have made previously, placing the record back into the oven for however long it needs if it grows too hard.

How do you cut a vinyl record without breaking it?

The key of how cut vinyl records without breaking them is to make sure that the polyvinyl chloride is at least a little softer before beginning to cut a design into it. This can be done at home with an oven, making sure to keep it between 200 to 250 degrees Fahrenheit and also ensuring that it is placed on a cooking paper of some sort, to prevent it from impressing itself into the oven tray upon which it will be placed.

The most simple method of how to cut vinyl records, and one that anyone at home with an oven and a pair of scissors (and preferably a marker pen) can do, is to use said oven and said scissors to melt and cut a design into the record in question respectively. Once the record has been heated to a certain degree, to the point before melting entirely, then it will be easier to cut the desired design into the polyvinyl chloride of which it is comprised, and which is usually too solid and tough to manipulate in this way.

Is it safe to cut vinyl records?

Not entirely, though nothing ever is. True enough, the melting of the record in an oven will more often than not release some potentially noxious gases, this can very easily be combatted by wearing a protective mask of some kind. What with the present state of the world after the pandemic apocalypse, I would hope you have at least one such mask lying around the house alongside your oven and scissors and marker pen.