Well, look no further, for today we will be looking at just what makes each of his 4 best selling albums worthy of owning on vinyl today, and what even still sets them apart from so many releases today which would have been directly or indirectly inspired by him.

First up, we have a slightly lesser known and less highly revered vinyl record, coming in the form of the 1991 album Dangerous. As Jackson’s eighth studio album, it was the first of his albums not to be produced and spearheaded by longtime mentor and close friend Quincy Jones since 1975’s Forever, Michael, with whom he split for reasons pertaining to his desire for independence.

The album might best be thought of as a collection of tracks, for the sheer number of different styles and genres featured – from R & B, to pop, to new jack swing, alongside traces of industrial music, funk, hip hop, electronic, gospel, classical, and rock! – make this a heady brew to stomach in one sitting.

Overall, it seems to be a search for peace, threading itself through themes of racism, poverty, romance, self improvement, and the overall welfare of the world and its denizens (children in particular). In promoting a message of unity, several artists from disparate backgrounds are involved, including Slash, Heavy and even princess Stephanie of Monaco.

Socially conscious in philosophy and sonic palette, there are elements of popular music structure placed alongside more experimental and underground elements. There are even plenty of moments of musique concrete, wherein sounds from everyday life are used for musical effect.

Despite not being as easy listening as other Jackson albums, it debuted immediately at number one on the US charts and in 13 other countries, selling 5 million copies in its first week on sale in store, available as an LP, cassette, CD, etc. 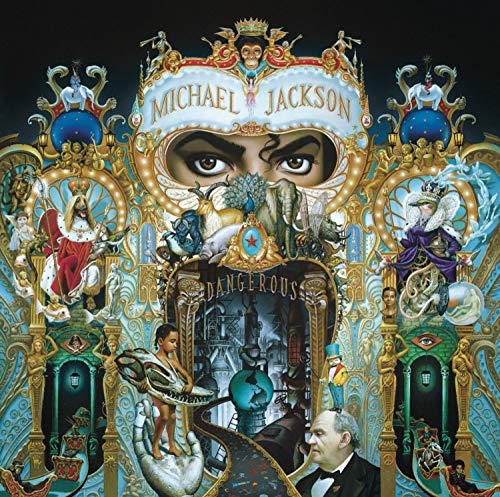 Travel back a few years, and you have the instant classic that was Bad. With a new found creative freedom exercised alongside longtime partner Quincy Jones, Jackson’s appetite is here exhibited for all to see, having produced and composed all but two of the tracks with Jones.

Much like the record sleeve and the vinyl record sleeve dimensions, Jackson here adopted an edgier look and sound on this release, using the styles of pop, rock, punk, funk, R & B, dance, soul, and harder rock to create a space to explore the album’s central themes of media bias, paranoia, racial profiling, romance, self improvement, and world peace.

All through the lens of an artist with an immeasurable god complex, having almost never lived outside of the public eye, and whose previous two albums had been lapped up commercially and critically.

Much like the previous album Thriller, Bad was an instant success, a release that interested and piqued the curiosity of enough people to quickly establish it as the second highest selling album of all time, after Thriller. Likewise, there were so many singles you could barely count them, almost all of which left a lasting impact on 1980s popular culture and the legacy of Michael Jackson upon it.

For the album features some of Jackson’s most exemplary compositions to date, dark but fun, imbibed with an electricity that was hard for many of his contemporaries to match, let alone beat with songs that people would remember forevermore, as well as buy and love and live by. 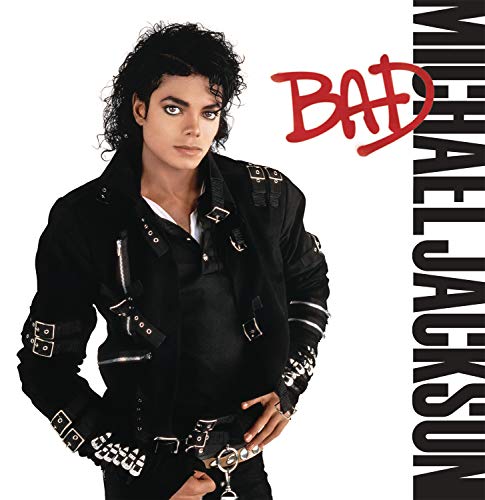 And so, we take another list step back in time to dive head first into the album that more or less defined Jackson’s career. Not only Jackson’s career, in fact, but the careers of innumerable artists hoping to make it in the pop realm.

For this was and still is a release of gargantuan proportions, which caused the industry to check itself, to find itself, and to proceed accordingly. Jackson saw his chance to create something truly world-breaking and he seized it.

Much as the Beatles had done previously, this album set a new standard for the music industry as a whole: the songs, the music videos, the promotional strategies, label relations, producers, marketers, choreographers, all were changed and / or influenced by the sheer cultural weight of this album and its reputation.

Aside from the critical and commercial popularity of Michael Jackson original vinyl, it also led to a significant shift in racial relations within the entertainment industry.

The success of the album led to a standing of cultural significance never before attained by a Black American in the history of the western entertainment industry, to the point where he was appearing regularly on MTV and the like and also meeting with then US president Ronald Reagan at the White House.

As Michael Jackson vinyl albums go, this is not likely to garner you too many pennies if sold – it is one of the biggest selling albums of all time, after all – though it is essential for any fan of Michael Jackson who is getting into record collecting.

If it is an original pressing, however, you can expect the Michael Jackson vinyl worth to ascend considerably. Though there are plenty of fake vinyl records going around still. 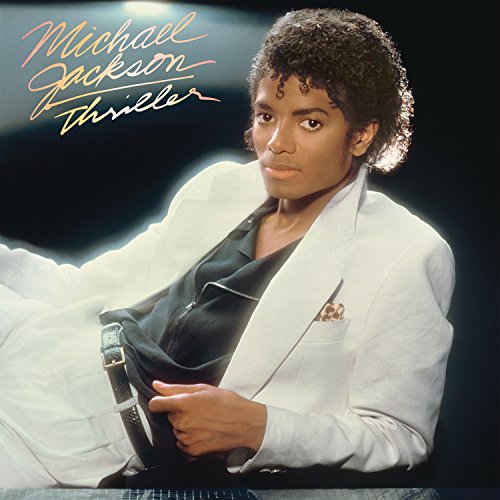 Bringing things ever so slightly closer to earth before we depart, we have the 4th and final album on this list, Off the Wall.

Though it is the 5th studio album released by Jackson, it is oft considered the first where Jackson was able to showcase his own individuality. And this is perfectly aligned with Jackson’s own wishes to distance himself from his work with the Jacksons, and, instead, to create an album showcasing his own creative freedom and identity as an individual.

Occurring at a time of relative youth for Jackson (being only 21 when the album was released), this album features songwriting support from a star studded cast, including Stevie Wonder, Paul McCartney, and a whole host of others, with three even penned by Jackson himself.

There is ever constant debate between critics about which of Jackson’s albums is his best, and the argument is usually centric on the dichotomy between Thriller and Off the Wall.

What seems doubtless is the sheer impact of this record, which more or less heralded the end of disco music as we know it while still being one of its finest examples available as an artifact for us today. Not only is it one of the highest selling albums of all time, but it is frequently considered one of the greatest albums of all time, period, alongside the following two albums previously elucidated. 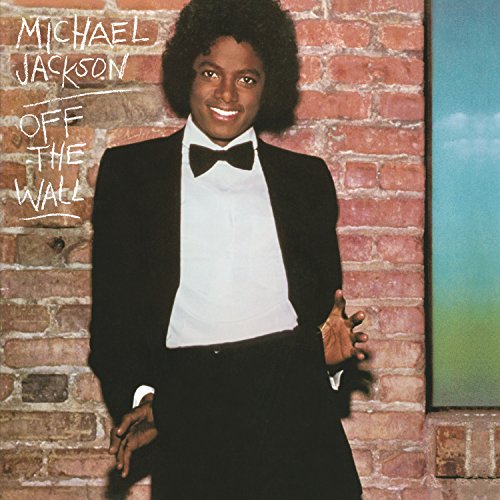 So, there you have it! Hopefully you are now feeling a little more inspired as to where you might take your love of Michael Jackson along with your newfound love of record collecting.

Perhaps your appetite has even been wetted, and you are now wanting to spin as many of his records as you can before you drop! Spend wisely, listen even wiser, and do not forget yourself of precisely what Jackson has been accused of, and what his years as a pop idol have seemingly catered for.

Is there a Michael Jackson Greatest Hits vinyl?

Indeed there is. There are actually a fair few I would imagine. One for instance was released in 1983 titled 18 Greatest Hits, credited to Michael Jackson Plus the Jackson 5, presumably a way for a record label to juice their listening public for all they are monetarily worth. There have also been several compilation releases since Jackson’s death in 2009, each attempting to chronicle his storied path through pop in a slightly different way and from a slightly different perspective.

What are the rarest vinyls?

Though there is no categorical list of the rarest vinyls ever, you can be pretty sure one of yours is rare and / or worth a whole bunch of cash by checking when exactly it was pressed. If, for example, the record in question was pressed in the same year that the album itself was released, then you can be fairly darn sure that it is going to fetch enough of a sum at auction. That is, of course, if the artist is reasonably well known. As with anything, there are a number of factors that are going to determine the ultimate financial outcome of such a sale.

What Michael Jackson albums are diamond?

More or less everything after and including Off the Wall is considered platinum or more by American sales certifications. That includes Thriller, Bad, Dangerous, Invincible, as well as every other album released in his posthumous wake. For an album to be considered diamond by sales certifications in America, it needs to have sold 10 million copies, so only Thriller and Bad are considered diamond within the bounds of the United States. These certifications vary from country to country, of course, in relation to the varying size of each population.

How much did the Thriller album cost in 1982?

It cost around $750,000 to produce the album itself – which, adjusted for inflation, would cost $2,302,935.23 today (with a cumulative inflation rate of 207.1%). An unopened copy of Thriller in its original pressing can today fetch at least $200. At the time, the recommended retail price of a vinyl record would have been around $8 for a whole album, so this is likely what Thriller would have sold for contemporaneously, give or take regional variations and rates of inflation.