Are you a long-time fan of James Brown? Want to know about the best James Brown albums to own on vinyl? Are you a vinyl collector looking to expand your taste?

Then look no further. Today we will be exploring the illustrious and storied discography of Soul Brother No. 1, Mr. James Brown!

The late and great funk star’s fame and fortune are, at this point, undeniable. Whether you have been a fan for a long time or whether you have simply heard a few of the bigger hits on such stations that play them.

Looking through the James Brown discography and attempting to distill its wealth into a single list of ten amazing James Brown albums makes little sense at first. Though, it is certainly worth the effort.

In formulating this list, we considered a number of factors when doling out each of the ten places. Their relation to his oeuvre overall is of the utmost importance. Whether they lie outside his typical progression or not. Similarly, it is important to consider how much of James Brown is on the album in a ratio that diametrically opposes him with his drug use. So, here are the 10 best James Brown albums:

One of the original classics of the earliest era of James Brown’s recorded output. When Brown was regularly backed up by the Famous Flames (a vocal group established by Bobby Byrd). The title track from this album was still repeatedly played in his live concerts up until the very end of the 60s. Reinvented by the increasing funkiness of his rhythm section. 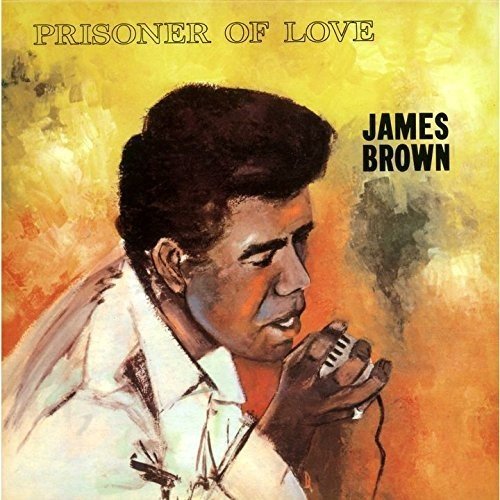 This was already Brown’s sixth studio album. Despite only being released in 1963 when he was still far more of a soul artist than a funk progenitor. In fact, at this point, funk had not really been invented and certainly did not exist in the way that we know of it today. Nor the way that it would even have been known in the early 70s.

Yes, it was a real progression from soul to funk. But one that Brown was a part of at every step of the way.

Produced, performed, recorded, mixed, mastered, and released at around the same time as Prisoner of Live, we have the mammoth Live at the Apollo, which many believe to be among James Brown’s best efforts captured on record. 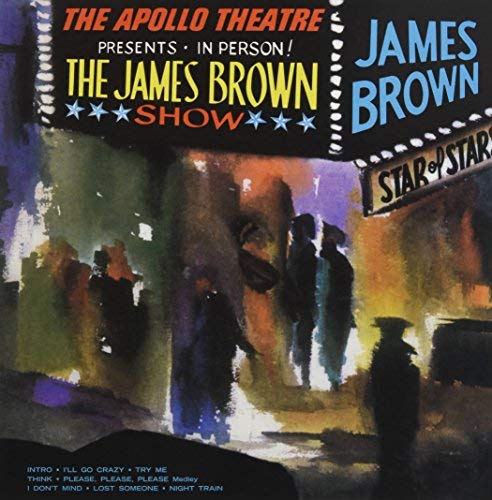 This was his first live album. A format that he would come to explore countless times in the future. There are endless recordings of him and his bands, the Famous Flames and the JB’s, setting in concrete just how tight and telepathic these bands were with Brown at the helm.

This is among the favorite James Brown albums, with critics especially. It is also considered one of the best live albums ever recorded. Certainly one of the earliest of this kind that managed to capture the sheer energy of popular music as though you were there in the audience yourself. Brown has this effect, though, of bringing his potency wherever he goes.

A few years later, in 1967, Brown was still operating with his backing band, the Famous Flames. Though they had firmly metamorphosed into what we now know as funk, or at least in its earliest stages. 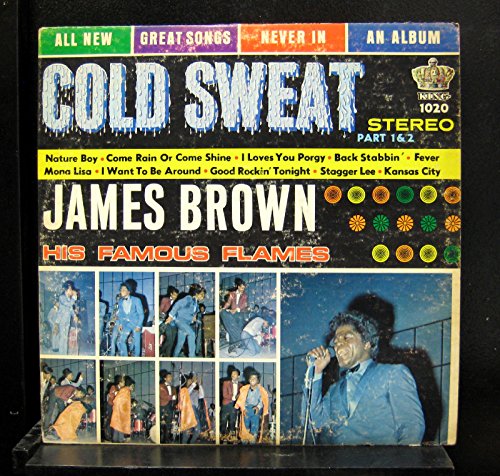 Before Brown went on and formed the JB’s and brought in songs with a far longer form whose primary motive was movement (i.e. ‘Sex Machine’), funk still relied more on song structures, and ‘Cold Sweat’ is a prime example of this transitional period for Brown.

You can see glimpses of what he was soon to do in the early 70s. Whether that be in the stark harmonic changes between sections or even in the way he would divide songs into different sections. The title track is formed of ‘Cold Sweat, Pt. 1’ and ‘Cold Sweat, Pt. 2’ – something we would see regularly throughout his fabled 70s period.

Another mainstay in the belt of James Brown’s funk comes in the form of this big hitter. Whose long and winding title track seeks to imbibe within all of our hearts that, indeed, it is funky. 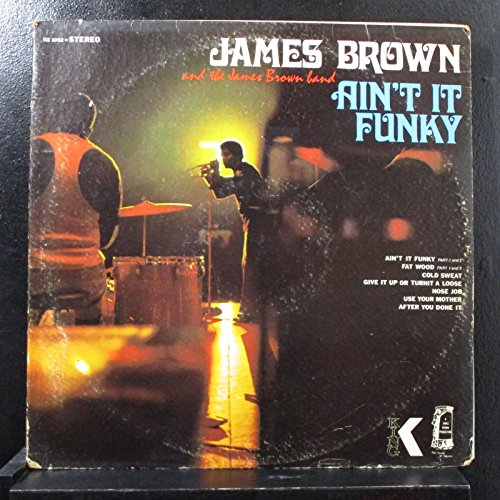 With tracks recorded between 1966 and 1969, this album reflects James Brown in metamorphosis. A change is reflected in the fact that his band is no longer the Famous Flames but simply ‘the James Brown Band’.

Though we hear a band in transition with its limbs in all of the different sources from whence it came, this is no less cohesive a release for it and has been a source of inspiration for many throughout the ages. Especially in hip-hop music which has often drawn from James Brown for guidance. This has also led him to be one of the most sampled artists in history:

And now we plow into the legendary and highly revered early 70s run of records that Brown is arguably most famous for. This period is lathered with hard grooves and hits that to some belie the strength of the albums that appeared here. Yet, I would argue that you could pick any album of Brown’s from the early 70s and not be disappointed. 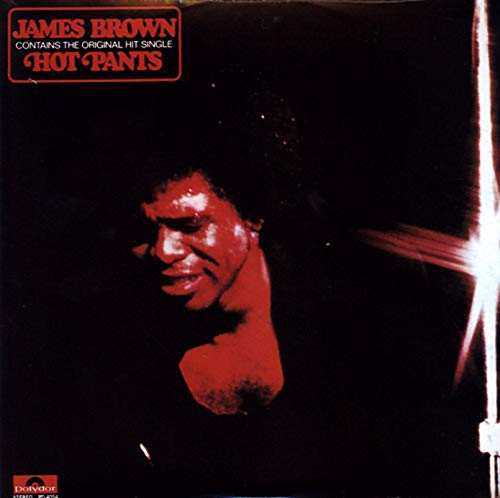 They begin with Hot Pants. An exercise in hard funk enacted by a band that was so fleet of foot as to even be able to keep up Brown himself. No mean feat considering his status as the hardest-working man in show business.

Gone are many of the references to soul music. The only tie being Brown himself, who on this album firmly and finally acquits himself of it all except for still being Soul Brother No. 1.

This is a personal favorite of mine and certainly my choice from Brown’s studio albums. Released amidst a whole run of albums during this now iconic period, it is easy to neglect the sheer power of this release. And many often do. Totting the albums from this period up as nothing more than a collection of singles. 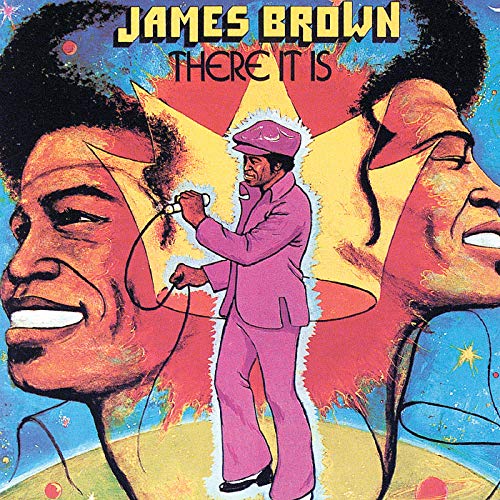 In this way, we might think of Brown as harkening back to a simpler time of recorded music. When record players were popular, where the album was simply a collection of unrelated songs that were collated together to encourage people to see the live act.

Seeing as Brown’s live act around this time was utterly formidable. it is no wonder that his albums bear a touch of cold-blooded old times. What these albums lack in frills, they bring forth in guttural funk and manic pride. For there is nowhere else a scream quite like this one.

Released in the same year as There It Is and boasting a whole two LPs of length, this record is likewise neglected. Though for a number of other reasons. 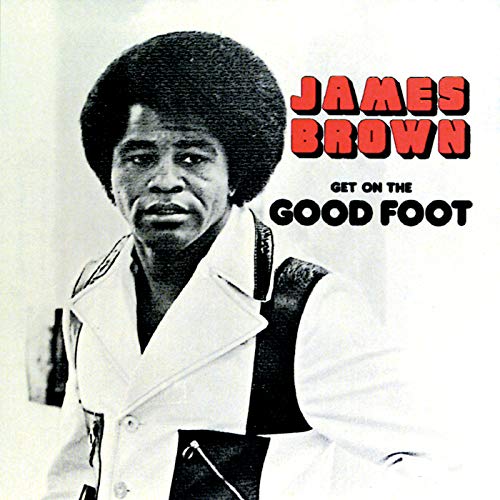 Because people believe that Brown is not quite an album artist, they have been drawn to neglecting this album. This is because it is a double album. And by an artist typically viewed as not being very good at collating albums together.

However, there is much to like here. With a track list that is arguably sequenced better than several other albums of his from this period.

We see Brown here reviving many older hits in a newer context. Moreover, with his contemporary band, attempts to reinvent these songs and sing with them with a voice that is very clearly changed. You are certainly getting bang for your buck with two LPs worth of Brown, too! 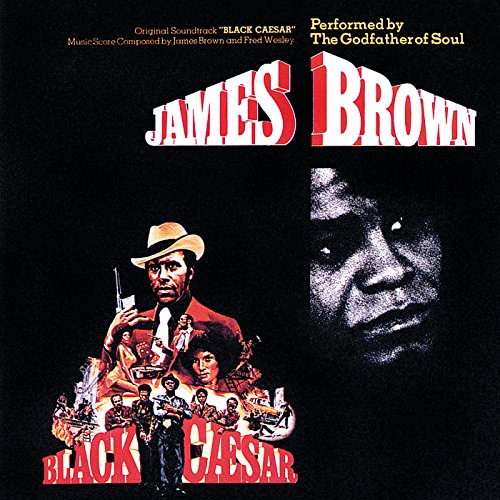 Over the years, this album has very much divided critical opinion. Some believing it to be a bit too much of a misnomer in Brown’s catalog to the point where they would prefer blank vinyl records, while others believe it to be underrated.

These things are hard to corroborate when the work itself is intended to soundtrack a film. For this reason, many music critics try not to review soundtracks as they believe that they should not be critically reviewed outside of the intended context. That being as a bed for a film or some other media.

Even still, tracks like ‘The Boss’ have incredible staying power. They have been repeatedly sampled by hip-hop artists over the years. 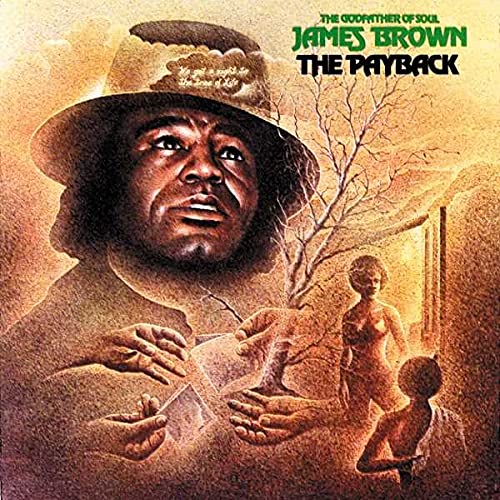 Despite these harsh words from the producers of the film, the album came to grow a reputation. Some even believe it to be a landmark funk album. Expanding the vocabulary of the genre into something more symphonic and grandiose.

The length alone – which stretches to 2 LPs – lends a feeling of progression for the style. As though the same thing that happened to rock around the same time is happening to funk music too. Where the bounds of the music are expanded to allow for freer and more holistic expression, flying in the face of fake vinyl records.

What better way to collate your appreciation for the many eras and styles that Brown flirted with throughout his career than with a collection that takes this very aspect and jettisons it to the forefront? 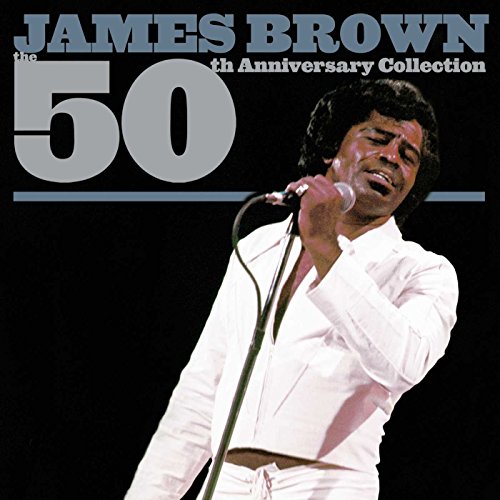 Containing 50 of his greatest hits, this collection is not to be missed. Especially if you are in any way serious about your appreciation for James Brown in his many facets.

So, these were the 10 best James Brown albums.

Hopefully, you are now feeling at least a little bit better equipped to navigate the long and illustrious discography of the Godfather of Soul, Mr. James Brown. And to find within it an album or two that you might like to own on vinyl.

James Brown’s first major release was as the frontman of the Famous Flames. He was originally their drummer but soon came to be their guiding force when they signed with Federal Records in 1956.

What is James Brown’s best album?

James Brown was recorded and was part of many, many recordings and releases throughout his life, and so it would be a feat and a half to choose one single album from his vast discography and name it the best. My personal favorite would probably be There It Is, whose first two tracks alone are enough to win me over considerably.

What is James Brown’s most famous song?

Thanks in no small part to his prevalence in several different styles of music over the course of several decades, there is no one song that can objectively be considered his most famous. With a vast discography, the most famous James Brown song can truly be whatever you make it.

What are the best albums to own on vinyl?

Owing to the fact that everyone is unique and in their own way different, there ought to be no prescribed list of the best albums to own on vinyl; it stands to reason that if everyone is different, then each person’s list would be different. There are, however, a number of albums that are considered to be among the best albums to own on vinyl. I can only talk from my own experience and preferences; I would suggest anything bassy or driven toward rhythm as these are often represented well by turntables and record players and the like.