Looking to get the inside scoop on one of Audio-Technica’s latest and greatest technological advancements, like the VM540ML? What is it good for? Is it worth ditching your old cartridge in favor of something completely new like this?

All this and more will be discussed today in this dynamic exploration of the VM540ML phono cartridge from those wizards over at Audio-Technica. This is one of the most esteemed audiophile companies in the world, so we would be remiss without mentioning some of their storied histories too.

Here are some of the reasons you might want to consider upgrading your turntable’s cartridge with one of these majestic beasts today. 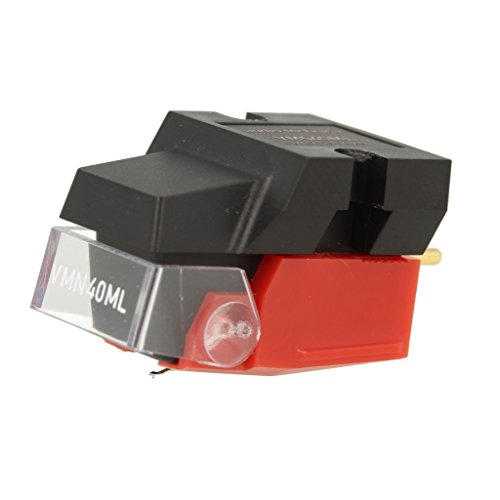 What Comes in the Box?

Besides the user manual and the cartridge itself, let us have a look at what comes in the box:

Sparse, but it sure gets the job done. This is genuinely all you need to get started!

To save you from scouring the internet for the story, we thought we would scoop it all over here so that you do not have to.

Years before the VM dual magnet cartridge and its outstanding channel separation, there was a man named Hideo Matsushita. This man would host vinyl listening sessions during his tenure at the Bridgestone Museum of Arts in Tokyo.

The kinds of deep emotional responses that such listening sessions would inspire in the listening public inspired Matsushita. He was determined to do all he could to bring the warmth of analog listening to more people.

So, he established Audio-Technica in a small Shinjuku apartment and set about developing his first audio cartridges. These original two, the AT-1 and AT-3, achieved success, enabling Matsushita to expand the business to a larger headquarters in Machida, where the company still operates today.

The rest has been history since then, with the company ever-developing its signature ideology of wanting to bring quality audio technology to the masses for the most reasonable price.

Since these fateful days, Audio-Technica has expanded to produce headphones, turntables, and microphones, excelling in all these fields as one of the best on the market today, regardless of price.

Audio-Technica is still, though, of particular note in the field of cartridge manufacturing. Their aim of producing natural sound has led them down avenues previously unexplored, where they have sought to reproduce sound truly and accurately.

This has led the company to start every one of its products bearing in mind the pure vibrations that are at the heart of sound itself.

Today, Audio-Technica products are used in almost every context you can imagine (and even some your probably can’t). From humble beginnings, they have truly built an empire on the idea that to be true is to do right.

Immediately obvious is the fact that this is a moving magnet phono cartridge. If you have already bought the product, then you will likely be aware that it is the most expensive in Audio-Technica’s 500 series.

All of the cartridges brought together under this umbrella essentially feature the same design, more or less, at least in terms of the design of the outer body. The thing that separates them is the various different kinds of styli that are featured on the nib of each.

Seeing as the styli are pretty easily interchangeable, it stands to reason that you could convert the VM540ML into just about any of the others in this range. This will not be at all necessary, of course, unless you see yourself preferring the tonal response of a different tip, though it would not really have made sense to buy this one in the first place then.

This is a logic that also applies to the higher-end 700 series – and to plenty of other aspects of audiophilia, for that matter. Because there are so few parts of a turntable, they are so interchangeable, which makes the entire experience about as customizable as you can imagine it to be.

The main reason you might have invested in the VM540ML is for the extended frequency response that it has become quite notorious for.

This Audio Technica VM540ML cartridge boasts a superior ability to differentiate between the left and right channels and herald a greater stereo experience. The cartridge’s MicroLine stylus can, thus, surf the grooves and deliver each side of its story without any so-called ‘cross-talk’.

The setup process will depend upon which components you are working on within your own stereo setup. As most components are built to be compatible with one another, though, you should not come upon any major issues during this process. Some of the parts simply might not apply to you as much.

For example, in some instances, Audio-Technica offers a service where they install the cartridge onto a headshell already, though this does come at an extra fee.

Here, the setup consisted of:

Now, this is all a rather elaborate setup, so now would be an apt time to reiterate that you will hear the difference between this cartridge and others, even in the most minimal setup. 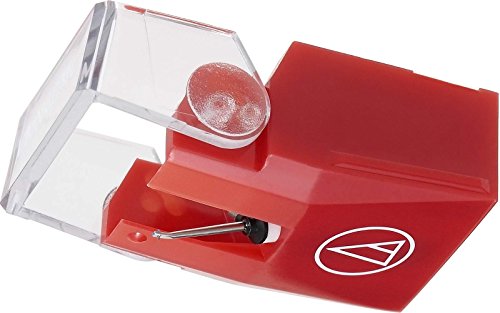 Once you have set the tracking force and anti-skate, you should be all ready and raring to go to take that new cartridge for a spin. Perhaps it would be best to listen to an album that you know really well to hear the difference.

Now that you have had time to see how nicely packaged everything is and have also set everything up ready to go, you can get on and see how you like the sound.

From a purely aesthetic and constructional point of view, this cartridge already excels, the largely plastic polymer material made at a high standard. For how sturdy it is, the act of replacing the stylus seems relatively straightforward too.

This is actually something that is recommended when you are initially installing the cartridge onto the headshell, lest you do damage to it before it has had a chance to speak for itself. Removing the stylus and replacing it should present no issues and are, altogether, pretty satisfying exercises.

The conical styli simply do a reverent job of reproducing audio, reminiscent of far more high-end phono cartridges. The sound offered forth is well-balanced. The high-end is especially notable for what it can do, but this would be a great choice for an all-around cartridge to suit many different styles of music.

This cartridge’s dual magnets were particularly well-suited to handling acoustic instruments in a way that many other cartridges in this price range simply are not. Here, the VM540ML does so with incredible accuracy, a particular treat when reproducing strings, horns, and brass. Give a listen to some of the best funk albums, and you will not be disappointed.

Especially notable is the way that this cartridge can handle dramatic increases in volume. This is typically something that demarcates lesser cartridges from greater cartridges, where the former usually distorts when presented with sudden sweeps up in volume.

In this way and many others, the VM540ML is a fantastic cartridge for sound quality and for incorporating today’s advanced technology into an age-old package.

Audio-Technica recommends on their website that this particular cartridge be considered as a direct successor to the AT440MLb, a discontinued cartridge that was popular and highly considered in its time.

Thus, the company recommends that the VM540ML be a replacement stylus for this previous cartridge. This makes sense as they both have some very similar features. This includes the dual magnet VM design, though the older model is intended to operate with a slightly lower level of tracking force (1.4 grams instead of 2 grams). 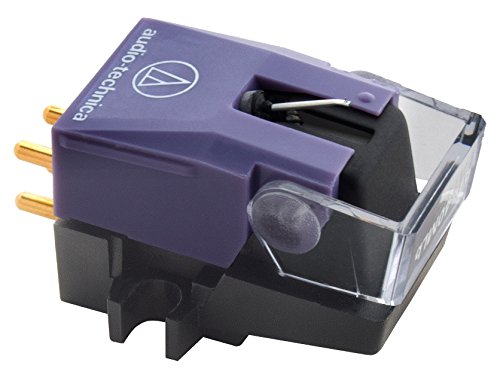 The VM540ML produces less harmonic and intermodulation distortion in comparison with older models, so Audio-Technica is moving linearly towards a perfect audiophile Eden.

Perhaps distortion is more your bag, though. Perhaps you got into audiophilia for precisely this reason, to mimic the sound of an older time with this thoroughly outdated technology.

This is a hauntological phenomenon that traces the very history of the medium itself, especially that of styli and the like.

So, there you have it! Hopefully, you are feeling a little more able to navigate your thoughts on this new cartridge from Audio-Technica.

Perhaps you already owned its direct predecessor and, through the advertising, have come to realize that you probably need to invest in their newest invention. Or, perhaps you are an audiophile who has long had to put up with the various distortions of your own setup and now want to upgrade and finally put all that behind you.

Whatever your individual circumstances and methods of listening, it is our hope that somewhere along these lines, you have found something of use to you and your sonic development.

Why Is Vinyl So Expensive? [Answered]

5 Best Places of Where to Sell Vinyl Records

Vinyl vs Digital – Is There a Significant Difference?